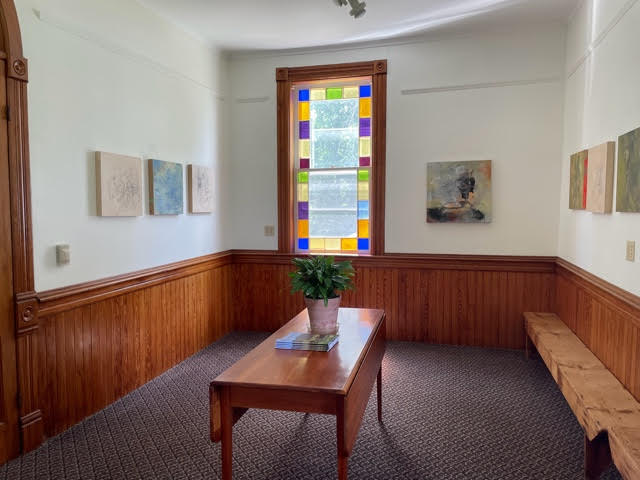 For over three decades, Kevin Larmon has received critical acclaim for creating paintings that lyrically explore the divide between abstraction and referential imagery. His work has been associated with the post-conceptualism and neo-conceptual art movements, which were prominent aspects of exhibitions of the early 80s East Village Gallery Nature Morte and with critics/curators Tricia Collins and Richard Milazzo shaping the nature of painting after the rise of conceptual art. Larmon was also associated with Feature Inc., a gallery that was first established in Chicago in 1984, and eventually moved to New York City. His work is included in the collections of The Metropolitan Museum of Art, NY, Museum of Contemporary Art, Los Angeles, Walker Arts Center, Minneapolis, Minnesota, and Archer M. Huntington Art Gallery, University of Texas, Austin among others. He is the recipient of an Atlantic-Pacific Fellowship and a Pollack Krasner Foundation grant. Larmon is a retired Assistant Professor and Program Coordinator of Art, Design, and Transmedia in the College of Visual and Performing Arts at Syracuse University, NY. He received a BFA from Harper College, S.U.N.Y., Binghamton, and currently resides in upstate New York.