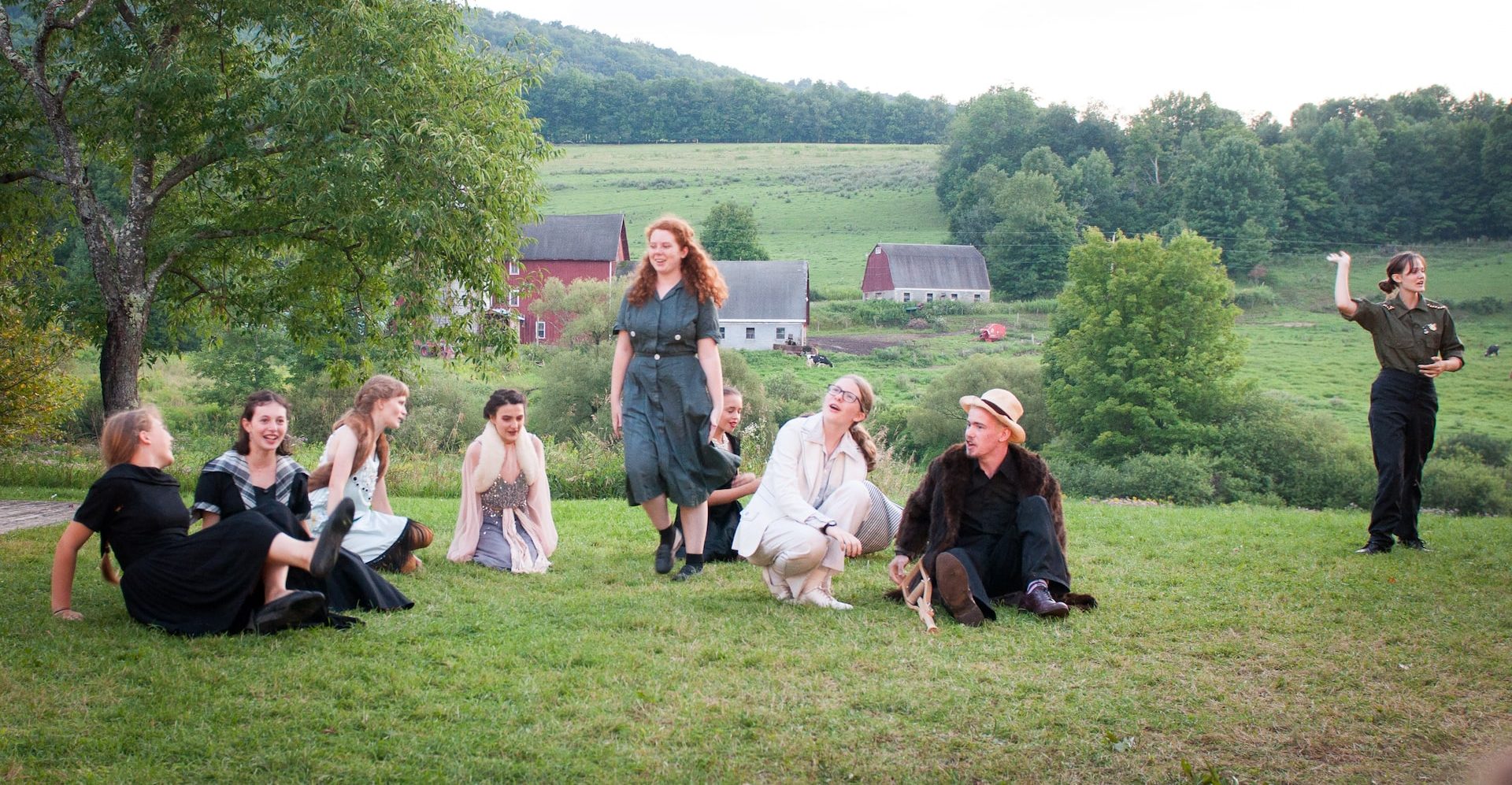 COVID-19 UPDATE:
As of May 1, 2020, we are still planning on offering these workshops in July. If, over the course of the next month, it becomes indisputably apparent that reality will not align with our aspirations, all registration fees are fully refundable.

The Young People’s Theater Arts Workshops (YPTAW) take place during the month of July. The Centre buzzes with activity, culminating in multiple performances, including two nights of a fully realized production of Shakespeare. Kids come back year after year and count their YPTAW experiences and friendships as some of their most meaningful.

Contact us to for more information and/or scholarship form.

Students will learn basic acting skills using group improvisations and creative play and developing theatrical imagination and self-confidence. There will be a performance for family members on Friday, July 17, at 3 PM.

This workshop culminates in performing the music for the July 31 & August 1 performances at the Shakespeare in the Valley event. (Schedule allows for joint enrollment with WKC Shakespeare acting workshop at a discount)

Intensive ensemble acting taught by Lillian Meredith. The workshop will culminate in two evenings of a fully staged production of As You Like It at 8PM on July 31 and August 1, following the 6 PM Introduction to Acting performance and picnic dinner.

The actors will focus on character development, movement, stage presence, and improvisational skills and develop a strong sense of tribe and passion for theater. They will present two full-dress performances of an original production at 6 PM on July 31 and August 1, with music by Anaar Desai-Stephens.

Behind the Scenes: Technical Theater

Students will be involved with all phases of technical theater production—set design, scene painting, lighting design, props, and sound—for the two performances of Macbeth on July 31 and August 1.

Behind the Scenes: Costume Design

Participants will learn costume design and production plus backstage dressing for the entire cast on July 31 and August 1.